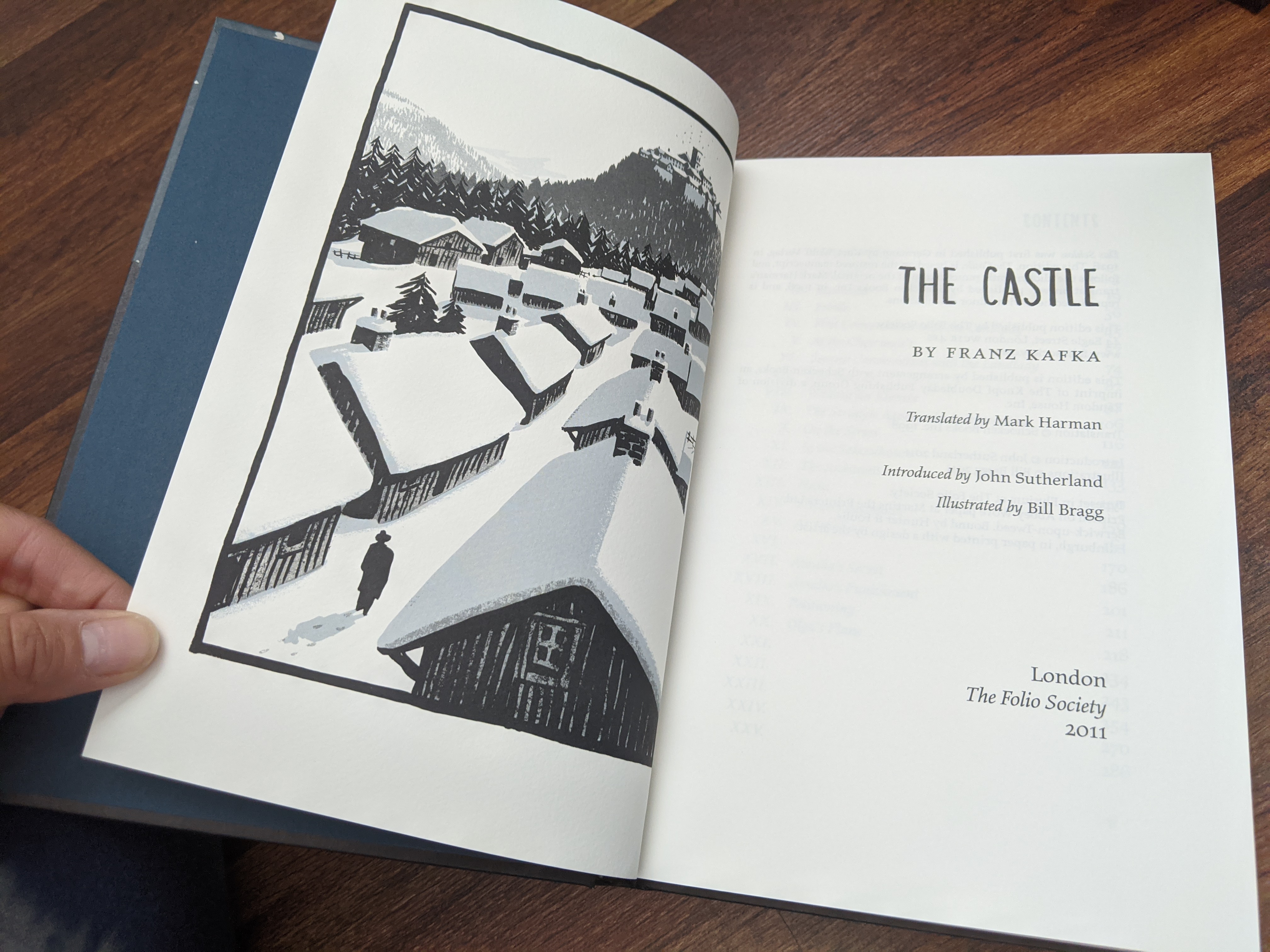 Kafka was born in Bohemia – now known as the Czech Republic – in 1883. He was, however, a German writer and is considered one of the prime personnel of 20th-century literature.
He was the eldest born of the six children; had two younger brothers and three sisters.
All his life, Kafka struggled to make amends with his father, Hermann, who was an ill-tempered businessman, having no respect for his son’s love and talent for literature. His mother, Julie, wasn't as immodest. However, that might be because she never had the time to be one, considering she used to work most of her time.

Kafka attended the Karl Ferdinand University of Prague, starting with majoring in German literature. However, he shifted to studying law and finished his degree as a doctor of law and jurisprudence. Even though he always wanted to write, he didn't pursue the vision - probably due to his demeaning family and the bitterness for not accepting himself as a part of the community he was a part of – the Jewish minority. Thus, it made him sink into distrust, insecurity, and isolation that reflects in his writings, such as:

“In man’s struggle against the world, bet on the world.”

During his lifetime, Franz Kafka published only a few of his writings, that too reluctantly after being contacted by some publishing teams. One of the best known among these publications includes Mediation – Betrachtung – a collection of short proses, which got published in 1913. Some of his novellas got published after his death, despite him willing to burn them all once he departs.  The best-known works of his comprise The Metamorphosis, the story of a man who wakes up one morning only to find out he has been degraded to an insect.

The Trial was another piece of exceptional work for literature, published after his death. As the name suggests, the novel is based on an important theme of the fundamental subject of crime and justice.

Another important works by Kafka include the 100-page letter Dearest Father, he wrote for his obnoxious and insolent father. He wrote the letter in late 1919, with an idea to claim his independence against the gruesome power of his father over him. The letter contained his indictments regarding his father's behavior towards him. Also, it comprises his analysis of their relationship since his childhood.

The Castle was the last novel by the Czech-born writer that came out a couple of years following his death. It was another one of these masterworks but couldn't be completed. It was later edited and published by his friend, Max Brod, who printed many other works of his as well. The novel greatly emphasized a man's struggle to achieve an unobtainable goal. A quote worth mentioning from the book is:

“I dream of a grave, deep and narrow, where we could clasp each other in our arms as with clamps, and I would hide my face in you and you would hide your face in me, and nobody would ever see us anymore.” – The Castle.

It shows the miserable weather of his mind - full of melancholy -  and the fact that he, despite the seclusion, is still intimidated by the mere presence of the world.

Surprisingly, Kafka wasn’t a writer by profession. In 1907, he started working at an insurance company that didn't last long due to his detests for his work schedule. Due to his routine, Franz was unable to concentrate on his passion for writing. Hence, he resigned a year later and decided to join another establishment – Worker’s Accident Insurance Institute.  He worked in the institute till he had to leave due to his health reasons.

For Kafka, this job was nothing but something he had to do to pay his bills. He referred to it as his “bread job” which he continued to work with effort. However, his devotion still rested with literature.

At the age of 34, in 1917, Kafka was diagnosed with tuberculosis. He was made to quit his job due to his ill-health and was limited to rehabilitation. During his difficult times, he was most supported by his favorite sister, the youngest among the six, Ottla Kafka. His gratitude can be seen expressed in the book published as Letters to Ottla.

Along with suffering from the major disease, Kafka was also said to bear depression and social anxiety, which was patent in his words. He also underwent other distresses such as insomnia, stress, migraines, etc.

Courtesy of his ailment, Franz had more time to himself. In 1923, Kafka decided to move to Berlin with the motive to distance himself from his family and concentrate on his writings. He lived in Berlin with his significant other, Dora Diamant.

However, tuberculosis refused to recover, and his health only deteriorated. He decided to return to Prague and started getting additional treatment. Despite that, he was unable to make it and died at age 41, on June 3rd, 1924.

The Writer Born Way Before His Time:

Franz had always been critical of his work that made him burn many of his writings. He also instructed his friend to get rid of his manuscripts before dying, to which Max refused to comply. In his lifetime, Franz's writings were known to only a few readers. But after his death, Kafka succeeded in making his name around the world with his work. His books gained a lot of fame and played a meaningful role in the advancement of German literature. Given his incomparable contributions to literature, a new term was introduced in the English language – Kafkaesque.

Now imagine, Franz Kafka, if the name emerged in the 21st century with his works resonating in the world of today. Even after almost a century, his works are still admired and loved by readers around the world. If he were to be the author in today’s world, there is no doubt, Franz would have made it to the pinnacle of his career. With resources the world now enjoys, it is believed that Kafka would've relished his passion even more, and perhaps would've officially turned it into his profession as well. Also, the fact that he had to leave the world so early due to his infirmity might have been different if he were to live in this era. Another dynamic that can be considered regarding the gap between the two generations is the mentality. His family might have been more supportive and respectful towards his love for writing if they existed in today’s, contrarily, flexible period.

From having better treatment of his disease to having complete freedom to pursue his passion, the life of Franz Kafka would’ve been a whole different episode. It is not wrong to say that the author was born way before his time. The purpose of his life sums up utterly in this quote where he says:

“All I am is literature, and I am not able or willing to be anything else.” – Franz Kafka.